Even Superheroes Need Their Science

This past weekend, the Science and Entertainment Exchange headed to San Diego for the annual meeting of the American Association for the Advancement of Science. Our session was a panel discussion entitled “Watching the Watchmen and Cheering the Heroes: The Science of Superheroes,” bringing together two physicists, a biologist, a film screenwriter, and two TV writers.

The discussion kicked off with Sid Perkowitz, a physics professor at Emory University turned full-time science writer and author of Hollywood Science. Perkowitz watched a good 120 science fiction films in his research for the book. More than 1400 science fiction movies have been made since 1902, he says, almost all of which begin with a nugget of real science. And science plays a major role in a full 19 of the 50 top-grossing movies of all time. The results, according to Perkowitz, are often mixed in terms of how science and scientists are depicted.

Contact has one of the best depictions of an actual scientist, and a woman to boot, ably played by Jodie Foster. Perkowitz is also a fan of last year’s indie film Sleep Dealer, District 9, and Moon, and Gattaca. As for the bad: The Core takes top honors, about drilling to the Earth’s core, in order to detonate a nuclear device that will kick-start the core’s rotation. And the giant insect aliens inStarship Troopers would collapse under their own weight were real insects scaled up to that size.

Perkowitz is okay with film and TV starting off with an unlikely premise. After that, he’d just like the writers, etc. to do their best to ensure that no scientific concepts are seriously harmed in the making of said film.ut even the bad can provide “teaching moments” and great way to engage the public in thinking about science as it relates to their lives — and hopefully inspiring them to want to learn more.

Jim Kakalios, a physicist at the University of Minnesota and author of The Physics of Superheroes, served as technical consultant on Watchmen. Kakalios has been using comic book superheroes in his classes for years to illustrate fundamental concepts in physics. And Watchmen offers plenty of grist for that particular mill. For instance, Dr. Manhattan is an excellent framework for discussing difficult concepts like electron diffraction, his ability to pass through walls is a great segue into quantum tunneling, and his telltale blue hue can be attributed to leakage from high-energy electrons via Cerenkov radiation, according to Kakalios.

Even when liberties must be taken for the sake of the narrative, science is a critical backdrop to a compelling, plausible story, according to Alex Tse, one of the screenwriters for Watchmen. “The work I’m really attracted to, and that I admire, and the work that I aspire to do, there’s a plausibility in science that I think adds to a timeless quality… of a film,” he said, citing theTerminator franchise as a good example of science fiction done right. “You have some films that are kind of ridiculous and are kind of fun and entertaining to watch but they don’t have that lasting effect.” 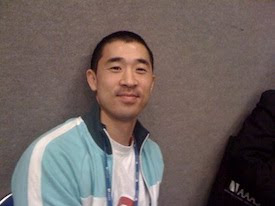 Heroes writers Aron Coleite and Joe Pokaski agreed. “We always try to stay true to scientific accuracy, while occasionally diverging for emotion or story-telling,” said Pokaski. “We have enormous respect for scientists and if the science seems off, the audience is going to tune out.” It’s quite the balancing act onHeroes, with characters who can fly, read minds, heal spontaneously, control time, and be invisible, yet the writers try to remain somewhat consistent with their bending of the science. The science need not pass peer review; it just needs to be good enough to be plausible and rope in the viewer.

“We know a lot of this stuff is inaccurate,” Coleite admitted, “but we try to make it seem plausible. We spend hours in a stinking room arguing about invisibility. We really do think long and hard about how to explain stuff like whether clothes are visible on an invisible person, or if anything the person touches also becomes invisible.” And even when they come up with a solution, it doesn’t always get explicitly stated on-screen. “We’re demonstrating it visually. We don’t bother people with saying ‘It’s an invisible field around them that distorts light and that’s why Claude is wearing clothes.”

The premise behind Heroes is that a small subset of otherwise ordinary people spontaneously develop special abilities,via a sudden mutation in their genetic code; they are the next step in human evolution. Nicole King, is an evolutionary biologist at UC-Berkeley, who had one burning question for the writers: what’s the mechanism by which this happens? The show doesn’t offer a more detailed explanation. “We try to have everything based in emotion,” Pokaski said, since leaving something to the imagination works better than spelling everything out when it comes to science fiction. “The more you try to explain, the sillier it sounds.” 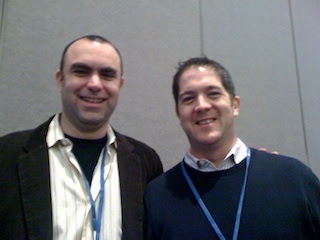 That didn’t stop King from investigating a few possibilities, most notably the means by which single-celled organisms developed “super traits” that led to them evolving into higher life forms: animals and people. She raised the concept of “hopeful monsters,” which Wikipedia describes as “a colloquial term used in evolutionary biology to describe an event of instantaneous speciation… which contributes positively to the production of new major evolutionary groups.”

The term was coined by geneticist Richard Goldschmidt in The Material Basis of Evolution as a means of explaining how nature managed to bridge the gaping chasm between microevolution and macroevolution. He didn’t think small gradual changes over time — a more common understanding of genetic mutation — was sufficient to account for evolutionary leaps forward. King used the example of butterfly species. Some species are poisonous, so predators avoid them based on, say, their coloring or wing patterns. Another species spontaneously adopts said coloring and patterning — even though it isn’t poisonous — as a means of evading said predators. So perhaps the Heroes are hopeful monsters.

A Boing-Boing write up summed up another of King’s key points:

[King] brought up a really interesting point about the intersection between evolution and sci-fi. Evolution, as you know, is driven by random mutations in DNA, and most of those mutations have no visible impact at all. DNA changes, but nothing important happens to the overall organism.

Other changes in DNA lead to negative impacts—for instance, the mutations that lead to cancer. Finally, and luckily, some mutations are beneficial. But, King reminded me, they’re very seldom only beneficial. The same innovative mutations that make an organism stronger are usually also associated with at least one biological trade-off. You may gain, but you also lose. And whether the mutation gets counted as “successful” depends a lot on how the benefits and detriments balance out. Think about what that could mean for, say, the X-men? Should Warren Worthington III be dealing with the osteoporosis that must surely go along with his light, flight-ready bone structure?

The question of how much of who we are is genetically determined, and how much is a factor of environment and the choices/decisions we make, underlies the entire story arc of Heroes, which explores the question of destiny versus free will when it comes to our identity, our abilities — and our future. It’s a theme in Watchmen as well: our flawed tragic heroes struggle with whether they can change the catastrophic future, or whether the nuclear blast that devastates humanity at the end is, frankly, inevitable.

That’s the true power of science fiction: not only can it entertain and inspire the next generation of scientists, but it provides a compelling framework in which to explore how science fits into our culture at large, and the inevitable ethical/philosophical questions that accompany major breakthroughs in research.