he line of hopeful moviegoers stretched up and down South Broadway in front of the trendy Ace Hotel in downtown Los Angeles, praying that they would be lucky enough to nab a seat in the theater. But this was not the premiere of the latest Hollywood blockbuster or must-see indie film. Instead, the hot ticket of the night belonged to an unlikely candidate: a science documentary.

Guests of The Science & Entertainment Exchange were treated to a special screening and discussion of The Most Unknown, a documentary that follows nine scientists around the world as they attempt to uncover answers to life’s big questions. The film itself serves as an experiment of sorts, setting up blind date-style meetings that connect one scientist to the next. By the end of this circular journey, each scientist has gotten to know two others, usually from vastly different fields. 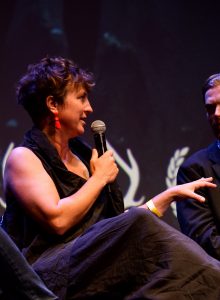 The film starts with Jennifer Macalady, a geomicrobiologist who studies microorganisms that live deep inside the caves of central Italy and how they interact with natural materials such as soils, sediments, and gases. She goes from the silent darkness of the Frasassi Caves to the bustling cafeteria at Università degli Studi di Milano, where she meets physicist Davide D’Angelo. He gives her a crash course on dark matter before heading off to Brussels to the lab of Axel Cleeremans, a cognitive psychologist who studies consciousness. From there, The Most Unknown takes us on a whirlwind trip around the globe, from the bottom of the ocean to a Puerto Rican island inhabited by macaques. Along the way, we meet a neuroscientist, a geobiologist, a psychologist, and another physicist. 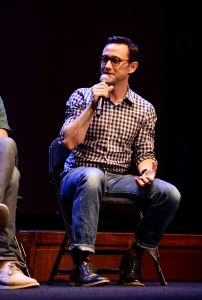 A lively panel discussion moderated by actor Joseph Gordon-Levitt came after the screening, featuring three of the scientists from the film, director Ian Cheney, and Radiolab host Jad Abumrad. The conversation kicked off with a controversial topic in today’s political climate: the growing anti-science sentiment in the United States. Luke McKay, a microbiologist at Montana State University, described how his conservative background influenced his negative beliefs about science at an early age.

“I’m from Alabama, and I was raised in a Southern Baptist, highly conservative home… I did not believe in evolution until I was in college, and now I study the origin of life,” said McKay. “It is so important to give people a chance, listen to them with love and empathy, and have a conversation with them.” 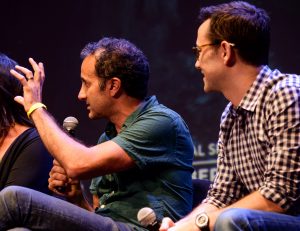 Abumrad brought up the fact that scientists may be seen by the general public as “wet blankets” who make humanity seem so small and insignificant. But The Most Unknown shows that scientists possess a child-like sense of wonder and discovery, and even describe themselves as kids on Christmas morning when uncovering a new finding.

“On some level, that’s what I wanted the film to do, is to engender affection towards these nine scientists,” said Cheney. “I do think, in the way, the film was structured as an experiment to get at the community that drives science.” 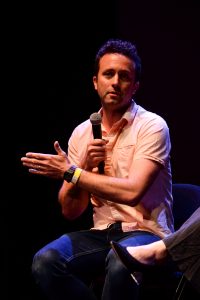 Cheney wanted to maintain the experimental “blind date” aspect of the film, and knowing that he was dealing with people who do research for a living, made sure to tell the scientists as little as possible. They did not know who they were meeting or even where they were going in order to maintain the element of surprise. This format also helped the audience better understand the research, since we, along with the visiting scientist, would all be starting from a blank slate and asking the same basic questions.

One common thread throughout the documentary and discussion is the common misunderstanding that scientists have all the answers. The researchers featured in The Most Unknown emphasize that science is a constantly evolving body of knowledge about how the world works, and that’s what makes studying it so exciting. 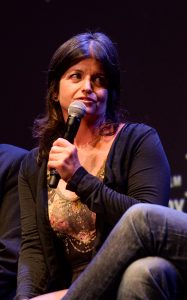 “I talk to the public a lot, and I explain that science is not about knowing facts. A lot of science is not knowing the answer, and that’s part of the objectivity,” said Rachel Smith, an astrophysicist at Appalachian State University. “I think conveying that to people with the excitement of what we do discover is an important part of reaching people who don’t understand science.”