When I first moved to the United Kingdom I had a bit of a shock upon seeing a £10 note. Currency in the United States features revered presidents and revolutionary war heroes. Yet, staring back at me on another country’s official currency was a man reviled by a large section of the American public: Charles Darwin. Given the anti-intellectualism prevalent in America it is difficult to imagine any scientist being given such a place of honour let alone the controversial Darwin. 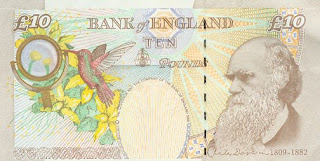 I had the pleasure of recently seeing a new dramatic film about Darwin called Creation. The theater was packed and not just with the traditional art house cinema crowd. People of all ages and backgrounds were there to see a film depicting Darwin’s struggle with his religious belief. The film does a good job showing how Darwin’s religious views were not only shaped by his scientific discoveries but also by his grief over the death of his eldest daughter. This Darwin struggles with the concept of a caring God in 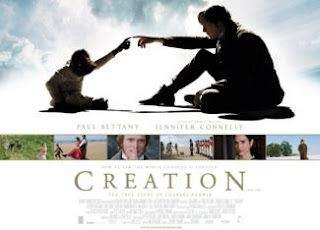 a world based on randomness. With such a sympathetic depiction of Darwin and a view of evolutionary thought as truth it is not surprising the film had a difficult time finding a U.S. distributor. Not only were distributors afraid of poor box office returns, they were also worried about potential boycotts from religious groups for their other films.

Distributors’ concerns about Creation’s marketability are not surprising when we examine the history of cinema in regard to depicting Darwin and evolution. In my academic work I have followed the evolution of how Darwin and evolutionary thought have been depicted in cinema. Darwin’s demonstration of humanity’s link to its primate past was first played for comedic purposes in films of the early twentieth century. Films such as Reversing Darwin’s Theory (1908), The Monkey Man (1908), and Darwin Was Right (1924) poked fun at those who took Darwin’s evolutionary claims seriously. People who believe they are descended from apes will act like apes. 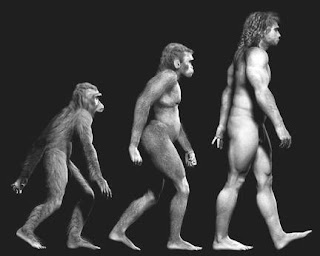 After the highly publicized Scopes Monkey trial in 1925 the notion of a human/primate connection changed from one of comedy to one of horror in cinema. Several post-Scopes films, beginning with The Wizard in 1927, feature “mad evolutionist” characters who design evil experiments in order to prove their “crazy” evolutionary theories about humanity’s connection to the animal world. Likewise, the goal of the mad evolutionists in The Beast of Borneo (1934) and Dr. Renault’s Secret (1942) is to prove humanity’s link to the animal kingdom. In front of a chart detailing the evolutionary “ladder of life,” the mad evolutionist Dr. Mirakle (played by Bela Lugosi) from Murders in the Rue Morgue (1932) informs an unbelieving carnival audience that “the shadow of the ape hangs over us all” and that he will mix human and gorilla blood to “prove Man’s connection with the ape.” While this evolutionary-minded scientist is ultimately punished for his heretical conceptions, the film actually conveys the human/primate connection through Mirakle’s grotesque appearance and his clearly “animalistic” actions. In mad evolutionist films, the only human beings with a clear connection to primates are the evolution spouting evil scientists and their simian-like assistants.

Despite the comeuppance these mad evolutionists received for their beliefs, many of these films actually ran afoul of censors for their inclusion of evolution and Darwinism. The 1922 Lon Chaney, Sr., film A Blind Bargain was re-cut after test audiences found the movie too favourably disposed to Darwin and evolution. This included changing the original book the mad scientist uses to reach his secret lair from Origin of the Species[I1] to a less controversial tome. Murders in the Rue Morgue was not shown or was severely edited in several states because some censor boards objected to the theme of “Man’s descent from the Apes.” 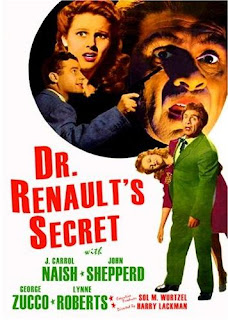 A large number of films featuring Darwinian themes fell victim to the notorious “Hays Code” of the Production Code Administration (PCA) Office when it went into effect in the 1930s. The code was established in large part due to the lobbying of religious organizations that were unhappy with the level of violence, sexual innuendo, and amoral themes in films. For example, filmmakers had to remove any reference to Darwin from the horror film Dr. Renault’s Secret to avoid offending religious people. The PCA’s judgment on the film reads: “The story is based on theories of human origin in such a way that, if presented to the public, will undoubtedly offend the sensibilities of large groups of religious people of different faiths, and accordingly, could not be approved under the provisions of the code.” Of course, such a judgment would have killed the film’s commercial value so after consultation with the executive producers and the studio executives: “It was agreed to eliminate any reference to Darwin or to his theory, and to establish the ape as a throwback.”

Given the treatment of Darwinian thought in these horror films it is not surprising that Creation faces an uphill battle in American theatres. Which is unfortunate given how well the film depicts Darwin’s conflict with his wife over faith, his struggles concerning his theory’s moral implications, and his disagreements with his colleagues (especially T.H. Huxley). Most importantly, the film humanizes Darwin through his grief. 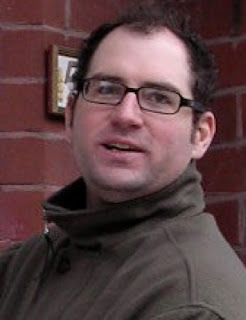 David A. Kirby was a practicing evolutionary geneticist before leaving bench science to become Lecturer in Science Communication Studies at the University of Manchester, UK. Many of his publications address the relationship between cinema, genetics, and biotechnology. He is also exploring the subject of science consultants in Hollywood and has a forthcoming book for MIT Press titled Lab Coats in Hollywood: Scientists’ Impact on Cinema, Cinema’s Impact on Science and Technology.