"District 9" Takes a Lesson From Tesla

Posted on September 8, 2009 by admin
Written by: admin

Director Neill Blomkamp’s sci-fi film, District 9, is getting rave reviews for its gritty, hard-edged depiction of a futuristic world where stranded aliens are being evicted from one dismal slum and forced to move to another — when all they really want is to get the mother ship back up and running so they can return home. Among the the more useful alien technologies is an “energy weapon” based on a Tesla coil.

The weapon might be fictional, but the Tesla coil is real. It was invented in the late 19th century by Serbian inventor Nikola Tesla, nicknamed the “Wizard of Electricity.” A born entertainer, his public lectures were hugely popular. Before awestruck crowds, Tesla shot sparks from his fingertips, made light bulbs glow, and even melted metals by running current through his body. He was able to snap his fingers and create a ball of red flame, holding it calmly in his hand without burning his fingers. Some of his demonstrations have never been duplicated. 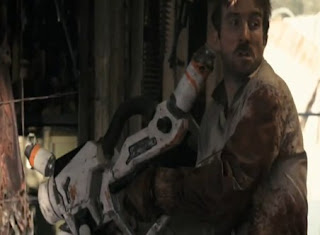 A Tesla coil is based on an induction coil: two coils of insulated copper wire wrapped around an iron coil. Feed an electrical current through the coil, and a powerful magnetic field builds up. When it gets strong enough, and the current is abruptly turned off, that magnetic field collapses and energy is released: thousands of volts of electricity discharge all at once. Depending on how much energy has built up, it can just a visible spark that jumps across a gap to a terminal, or spectacular volts of virtual lightning.

Just how powerful are Tesla coils? In 1899 Tesla was conducting an experiment at his laboratory in Colorado Springs that required millions of volts – currents so powerful that snakes of flame and lightning bolts shot 135 feet in the air. Tesla watched the spectacle from his doorway, transfixed with joy, when suddenly everything stopped. The power was dead. Tesla called Colorado Springs Electric Company, only to be told that his experiment had knocked their generator offline and set it on fire. The entire town was in darkness. The company refused to restore his power until he had repaired their generator, free of charge.

There are lots of modern-day Teslas out there, mostly science enthusiasts who share the Serbian inventors love of electricity. One of them is Greg Leyh, who is heading up plans to build the Nevada Lightning Laboratory just outside Las Vegas. Not only will there be two 12-story Tesla coils capable of creating electrical arcs up to 300 feet long, but the center will have public viewing platforms with a bar and lounge area, and spectacular public lightning shows that would have made Tesla proud. (via io9)

Check out Leyh’s prototype Tesla coils in action this past June at Dorkbot San Francisco:

DorkbotSF at the Nevada Lightning Lab from Mike Estee on Vimeo.