The hit TV series C.S.I. coined the catchphrase “follow the evidence,” and its popularity helped significantly boost the number of young people keen on studying forensics as a career. But a report by the National Academy of Sciences released earlier this year concluded it was time to put a bit more science in forensic science. (h/t: 3 Quarks Daily)

Wait — isn’t forensics all science? Certainly DNA testing has been rigorously tested and re-tested via peer review, and has both convicted and exonerated thousands ever since it was introduced as evidence in courts of law. But the forensic science system as a whole is “badly fragmented” and in need of major reforms and new research to establish a stronger scientific basis for many forensic methods, according to the NAS report. 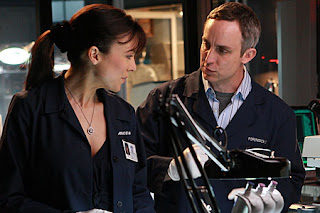 Entitled Strengthening Forensic Science in the United States: A Path Forward, the report found that crime labs were overworked and understaffed, giving rise to case backlogs. There were insufficient certification programs for investigators, and a pronounced lack of oversight in the field. Most importantly, key methods commonly used as evidence to tie specific individuals to crimes — tool marks on the barrel of a gun, for example — “have never been exposed to stringent scientific scrutiny.” Even that old standby, fingerprint analysis, can be prone to error.

It remains to be seen what actions will be taken in response to the NAS report, but one suggestion is that the newly established National Institute of Forensic Science could provide the authority and resources to address some of these issues.  It certainly doesn’t spoil the fun for those of us who tune into C.S.I. every week to catch up on the latest murder. If anything, our favorite fictional crime lab specialists will be able to follow the evidence even more thoroughly and put more bad guys away.
The statements and opinions expressed in this piece are those of the event participants and do not necessarily reflect the views of any organization or agency that provided support for this event or of the National Academies of Sciences, Engineering, and Medicine.