Brokered Boundaries: A Conversation About Immigrants in Anti-Immigrant Times 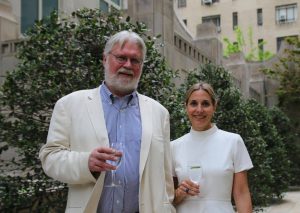 The Science & Entertainment Exchange salon “Brokered Boundaries: A Conversation About Immigrants in Anti-Immigrant Times” was an intimate event in the library of the home of Dan and Colette Bennett. The evening unfolded with lively conversation among dinner guests. It was followed by an informal lecture on international migration across the U.S.–Mexico border, the most militarized border in the world, by Princeton University professor of Sociology Douglass S. Massey. Massey, who is also co-director of the Mexican Migration Project, has studied Mexican immigration for 40 years and controls the largest source of data about this contentious issue. Because statistical information about illegal immigration is sparse, Massey worked with ethnographic data collected by an anthropologist to document the migration patterns of undocumented peoples. For example, by exploring the locations where migrants overnighted, he could accurately describe the trajectory and frequency of their journeys. 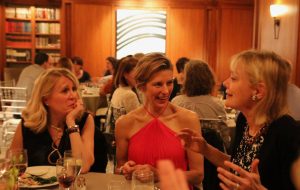 Such facts, according to Massey, are crucial to constructing reasonable immigration policy. He argued that the U.S. Congress has been making immigration policy without understanding the dynamics of immigration itself. While the influx of Mexican migrants has stabilized (indeed, has drastically decreased due to the increased availability of family planning in Mexico), those undocumented immigrants who are apprehended become justifications for heavy border militarization. Prior to what is called Operation Wetback, Mexican migration had been a circular flow of migrants back and forth across the border: when American farmers needed laborers, Mexican migrants were pulled to join the workforce. Because border crossing has become increasingly perilous, the circular flow has been disrupted. In effect, the border has become a symbol of U.S. power that is completely disconnected from any underlying necessity to flex that power. Listeners came away from Massey’s talk convinced that his research is crucial to implementing a more reasonable, humane, and effective response to immigration. 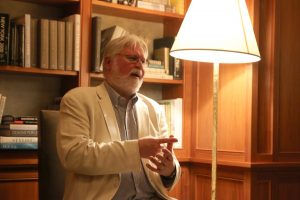